Do you need to send a contract to someone without the signing option enabled? Perhaps an offer that needs negotiating before the signing for example. Then sign later is for you!

By enabling the sign later feature, you can send a contract to a counterpart with the role signatory, but without them being able to sign the contract until you chose to make it possible at the right time. This takes negotiations and the process before a contract is signed to a new level!

When a contract is created and ready to be sent, simply turn on sign later by clicking on additional options in the participant list on the right.

When the contract is ready to be signed, you can enable the signing by turning off sign later the same way you turned it on.

Set an appropriate signing period and fill in a new message to your counterpart notifying them that the contract can  now be signed. 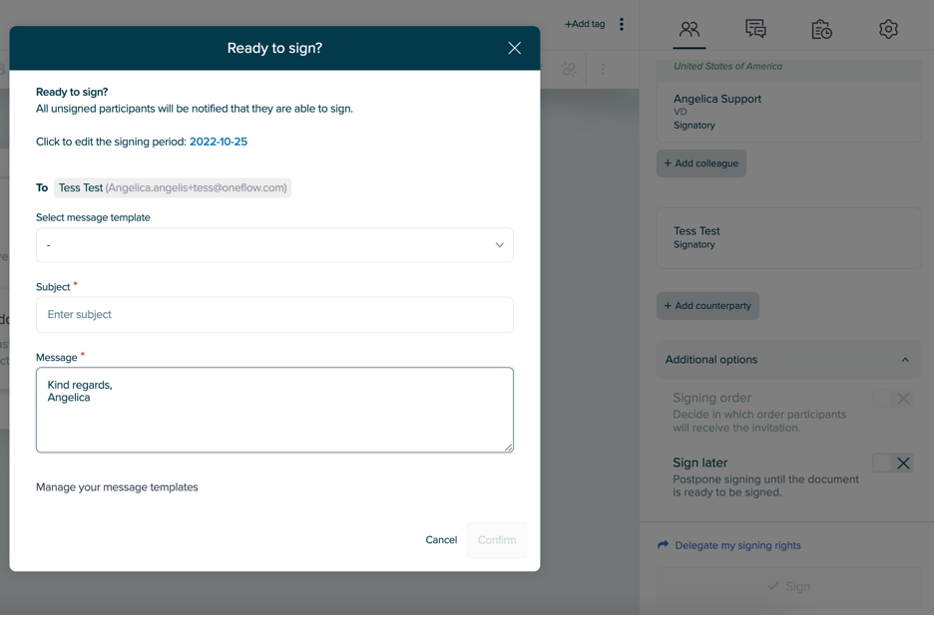