The Key Performance Indicators provide relevant information with only a glance. This information helps you quickly understand the state of your contracts and act accordingly.

The number of contracts published, signed and declined during a given period is pretty straight forward so we won't get further in to that, but the number of overdue contracts has slightly more to it so let's explain.

In the number of overdue contracts for a given period, we only take into account the number of contracts still in overdue state by the end of the period. This means that if a contract has changed to overdue and then the user has extended the validity period, the contract shall not be counted as Overdue. The same applies, if a contract changed to Overdue and was then signed, it will count as 1 Signed. See image: 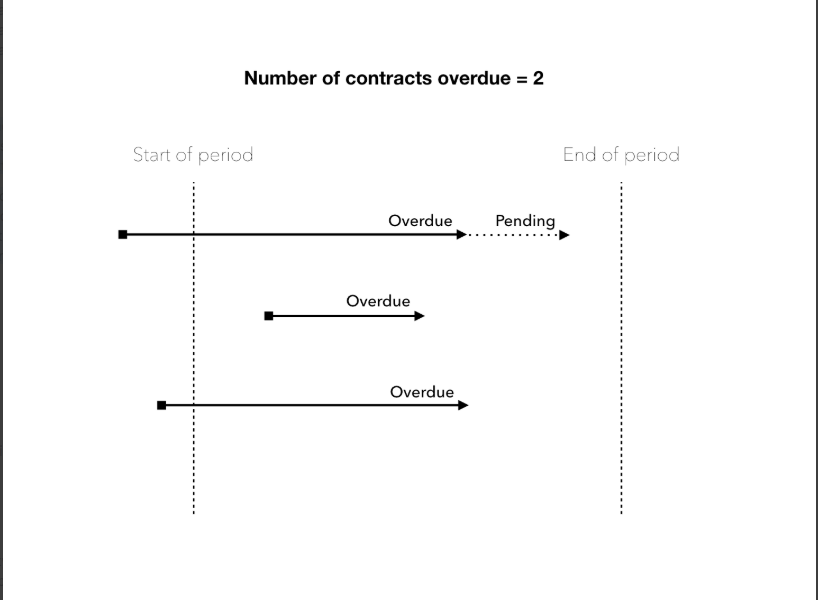 Time to sign represents the number of signed contracts during the selected period based on the time it took since their publication date. It's defined as (date/time of signature - date/time of publication).

Each of the signed contract is visible in one of the 5 columns :

Note : The number of signed contracts will match the "Signed" KPI. 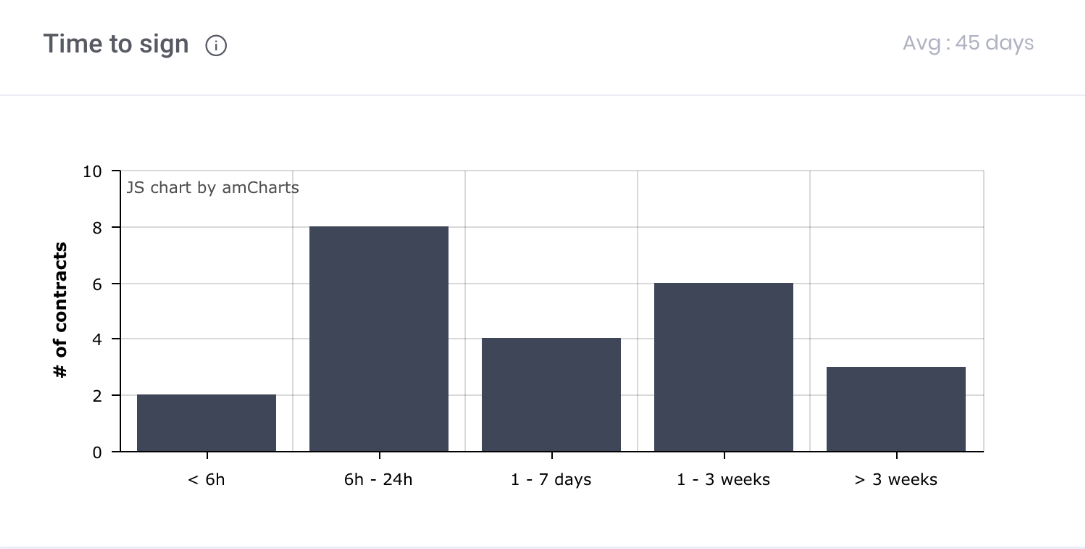 Sign rate represents the ratio of signed contracts in the selected period versus the total number of contracts still in pending or overdue state.

The description of the sign rate is the sum of all signed contracts in the period divided by the sum of the contracts that were published, changed to overdue state, signed and declined all multiplied by 100.

Note : If a contract is both published and changes state to overdue, signed or declined in the period, it is counted only once.

Did you find it helpful? Yes No

Send feedback
Sorry we couldn't be helpful. Help us improve this article with your feedback.